The research finds that there were 494* Covid-19 cases reported across Europe’s top five leagues last season, resulting in players being forced to spend time off the pitch and missing a total of 7,068 days at a cost of €48.2 million.

Across all leagues, players missed an average of 14.44 days every time they tested positive for the virus. Italy’s top division witnessed the highest incidence of cases. As one of the European countries hit hardest by the pandemic, 37% of players in Serie A tested positive for the virus during the 2020/2021 season, costing Serie A clubs €19.6 million in Covid-19 absences alone.

The report unearths the rising injury numbers, severity and cost for the 2020/2021 season across Europe’s top five men’s leagues (English Premier League, the Bundesliga, Serie A, La Liga and Ligue 1) leading to a material financial impact to clubs when players were absent from matches through illness and injury – a statistic that Covid-19 has served to compound.

Key statistics from the report:

Seasonality has also seen a distinct trend this year: injuries peaked earlier during the 2020/2021 season – in October and November rather than in December and January. It is possible that this trend can be attributed to a short pre-season and late start to the 2020/2021 season (with the exception of Ligue 1). 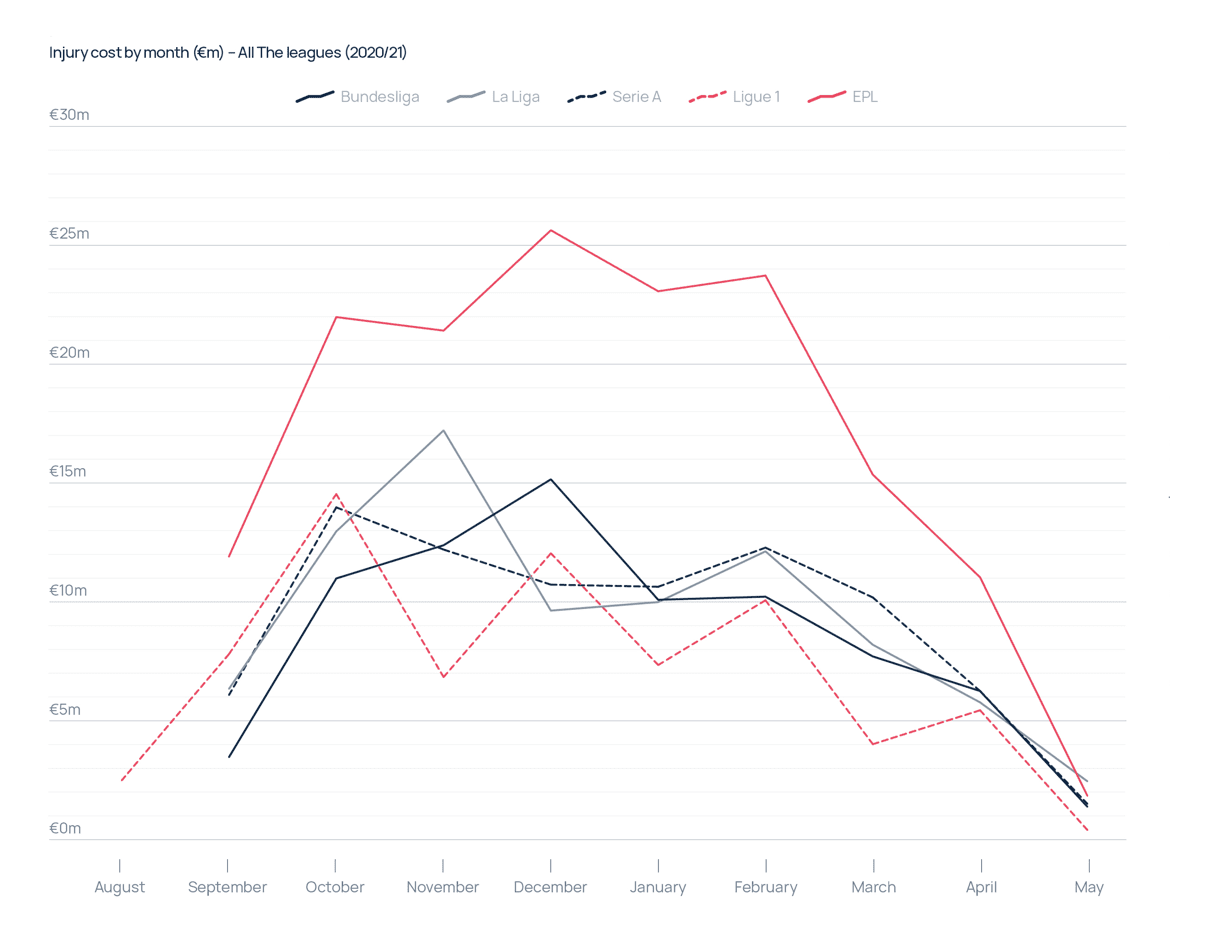 A key question the report asks is whether the increasing cost of player absence that the wealthier clubs face was a possible contributory factor behind the attempted ‘Super League’ breakaway earlier this year. Statistics show that clubs involved in the proposed breakaway suffered disproportionately poorly compared to the others in terms of the cost of player absence. The report suggests that this is not only due to higher salaries but also higher injury numbers. 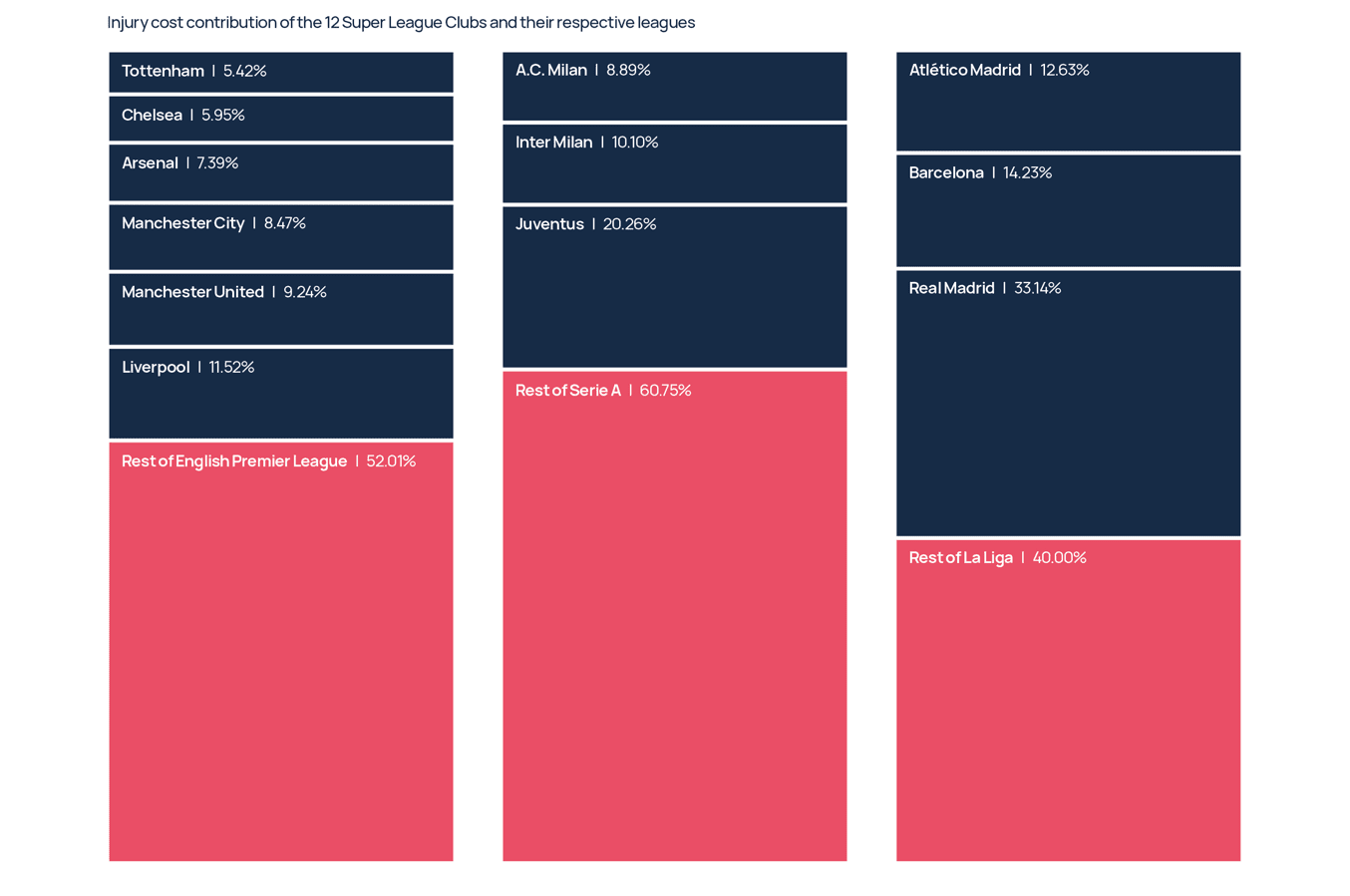 Conducted by Howden’s Global Sport & Entertainment Practice’s data and analytics team, the research has been compiled using injury cost and salary figures for the five major premier league clubs with the data segmented by injury type, date of injury, player salary, the age of the player and the position in which the footballer plays.

James Burrows, Divisional Director, Sport & Entertainment, Howden said: “This report has quantified for the first time the significant monetary impact that Covid-19 has had on the major football clubs in Europe last season. The pandemic has not only contributed to a 14% rise in injuries across the 5 major European leagues costing clubs a total of $473.6 million, but it has resulted in injury numbers peaking earlier in the season.

As the operating and playing environments for clubs and players alike become increasingly challenging, we’re focused on helping clubs and their players mitigate the increasing frequency and cost of injuries by using data and analytics to provide risk management advice and innovative insurance products.”

For more information and to read the report in full please visit https://www.howdengroup.com